It was a cold and moonlight night and an awesome silence hung over the Henderson Grove parade square. It was nearly 8pm and in the cool mysterious light of dusk a slow procession of young men could be seen making determined but unhurried progress towards the 2 Wing NAAFI. The 95th entry of RAF Halton apprentices was gathering for a meeting.

The Officer in charge of their entry was relaxing in the comfort of his married quarters. He'd had a difficult day but, in his opinion, had equipped himself well. His boss was away on a course and this was an opportunity to demonstrate his management skills. Earlier that day he had summoned the NCO apprentices and told them that "the 95th entry had no spirit." With the benefit of hindsight he might regret making that comment. He would definitely regret choosing that particular day to make it! The 94th entry passing out parade was in 94 days time and the 95th entry had just started their 95th week of training.

In the NAAFI feelings were running high. Suggestions were made and a campaign was hatched. "We'll show the b****r!" - "No spirit eh!" - "Too good an opportunity to be missed!"

It was just under half an hour until midnight and the RAF police had followed their usual routine by cutting their patrols from twice hourly to hourly. Little did they know that the lads were on the prowl. Covert attack teams were dispatched to the airfield and the armament workshops. Other teams surreptitiously entered the 94th entry barrack blocks to gather up their highly polished, parade boots and cut the fly buttons from their working blue uniforms. Not a sound was made and not single member of the 94th was woken.

But what fun next morning! There, on the parade square were rows of boots all neatly laid out in parade formation with a small handful of buttons neatly piled before them. And, what were these proud boots saluting? They were saluting Oscar, the armourers' mascot, sitting proudly in his ejection seat and happily reviewing this most unusual passing out parade. He had arrived; it would appear, in the Sycamore helicopter WT933 that was carefully parked a few feet in front of him. He must have spirited it away, in the dead of night, from its "secure" storage at the station airfield. 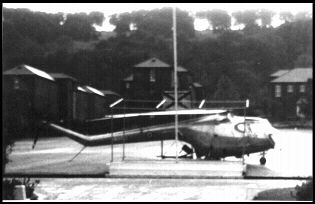 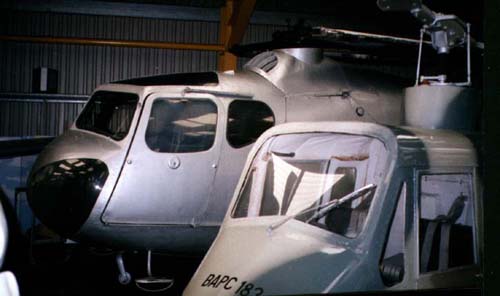 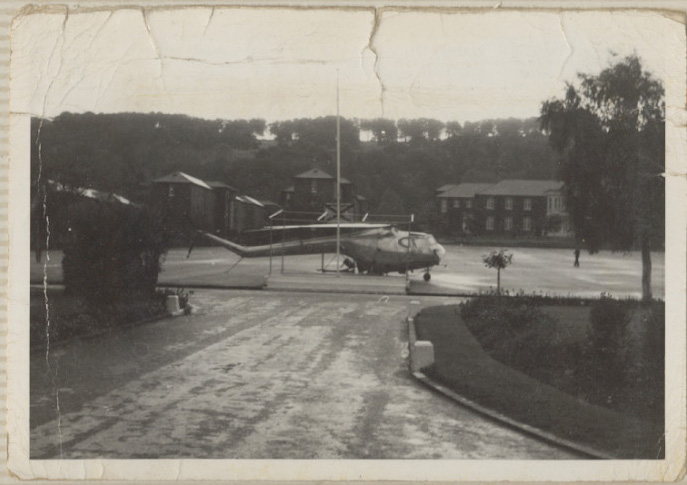 Over in No. 1 Wing the RAF Police were buzzing about. "Heads will roll! Find the culprits! Call out the guard! It must be the senior entry! Arrest the lot of them!"

"It wasn't us" bleated the 94th, desperately trying to preserve their modesty and prevent their flies bursting open. "It must have been those nasty rough boys from the other side of the square."

By this time, 2 wing was marching off to workshops led, as usual, by the pipe band who were, rather provocatively playing the much-feared Halton Bear. As the 95th entry approached the dais there was a smart "eye....es left". The game was up. The snowdrops now knew whom to blame.

The 95th entry were diverted from their usual route and "stood to attention" outside the Maitland guardroom where RAF Police strutted about in a fruitless attempt to hide their embarrassment. A red faced and obviously flustered Flight Lieutenant appeared before them. He called for those responsible for the outrage to step forward into the guardroom and take their punishment like men. Nobody moved. He summoned the culprits again. There was an ominous silence and no movement for about 20 seconds. Then, quietly and confidently a tall, good-looking, Sergeant apprentice stepped forward and made his way into the guardroom. Almost immediately the remaining 119 members of the entry surged forward and attempted to enter the cramped confines of the guardroom complex. Defeat was inevitable and within a few minutes they were respectfully asked to leave and reassemble outside and continue their march to work. A single piper struck up his drones and the fearful and haunting sound of the "Halton Bear" once again echoed throughout the camp. As the marching group crossed the road the piper stopped for a moment and the cry went out.

Entry spirit had been demonstrated. A good night's work!